Ironically, our view of historic photographs usually differs substantially from the view of the photographer who originally took the pictures. Think about the battlefield pictures taken at Gettysburg just after the battle ended in 1863. They are different not only because we were in a very bloody war then, and not only because the physical scene has changed.

“The Hope of a Union,” Video still from Unfinished Work, by Brian Emery

Photography Professor Brian Emery thinks of it this way: “The idea of ‘place’ is built up with layers of history folded on top of each other, the very top fold of which is the now. That very top layer is the lens through which we see all other layers of history in that place.”

In mid-May Emery began a month-long artist-in-residency at Gettysburg National Military Park, a program of the National Parks Arts Foundation. He resided at a 19th century farmhouse on the battlefield.  There he recorded audio and video media to create an experimental documentary film.  His goal, he says, was to “act like a sponge and record everything in my surroundings to create a documentary about what it means to be a “place,” and [to explore] What does the place of Gettysburg mean?”

“The Tear of a Nation,” Video still from Unfinished Work, by Brian Emery

To tell this story, Emery built a hybrid camera using a 19th century stereo view camera, and a 21st century digital SLR to record video from the ground-glass of the view camera.

“It was very important for me to view this place through this antique, stereo camera, which is very similar to the ones used by the Civil War photographers like Matthew Brady and Alexander Gardner.”

Custom camera rig on the battlefield at Gettysburg

The camera produces two pictures side by side, with each lens simulating an eye. It has two lenses, and makes a stereo plate that was intended to be put into a 3D viewer. One side of the plates could also be sold as a more conventional 2D image. Yes, they had 3D devices then! 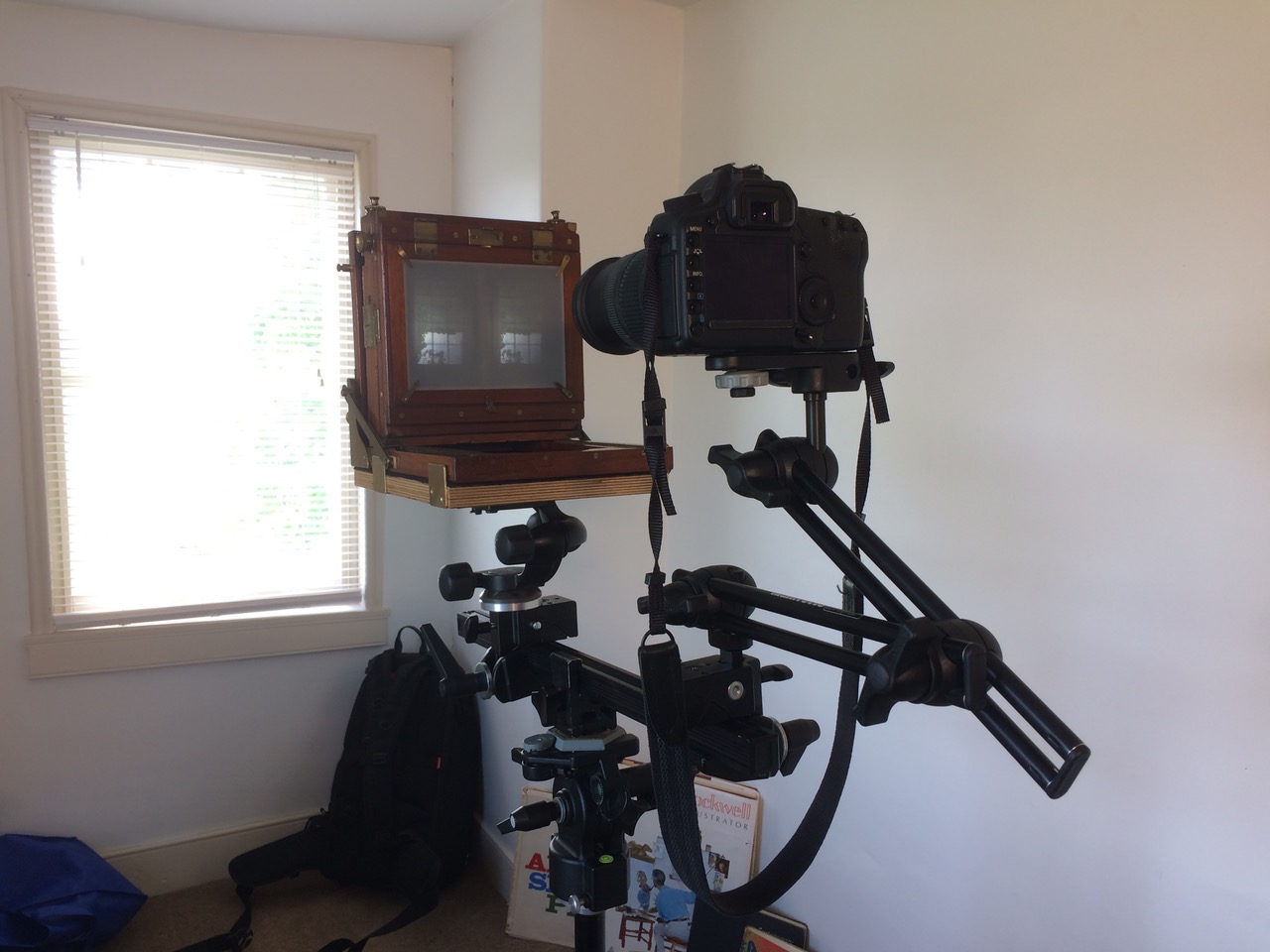 When he’s using this camera in the field, Emery sees the image that he’s about to photograph in the same way photographers of that era saw it — upside-down on a frosted glass plate. 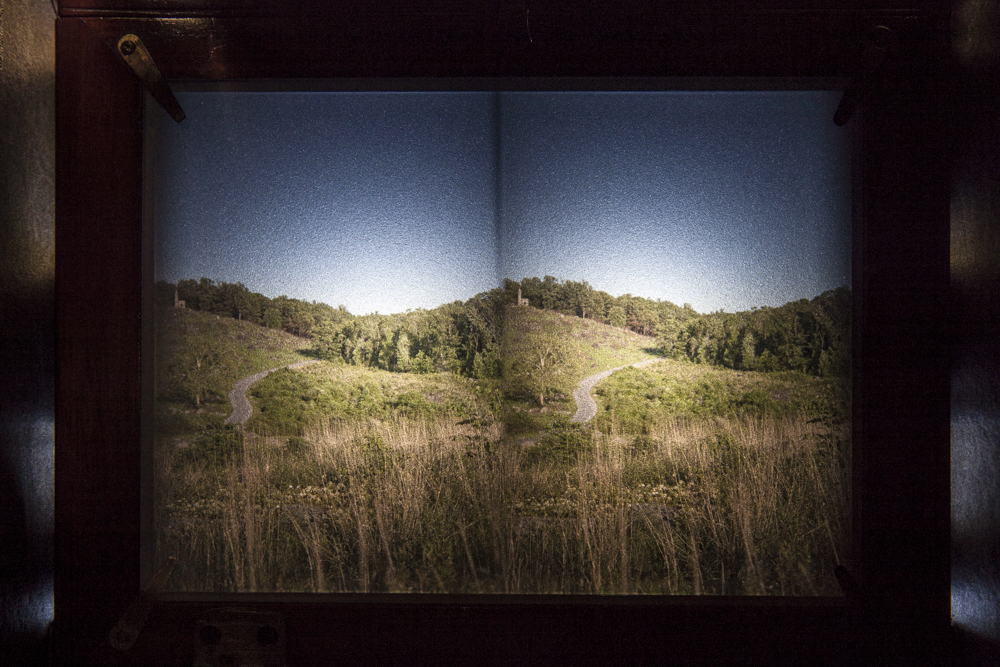 Emery was also moved by Gettysburg’s bucolic landscape and its rich history of inhabitation. 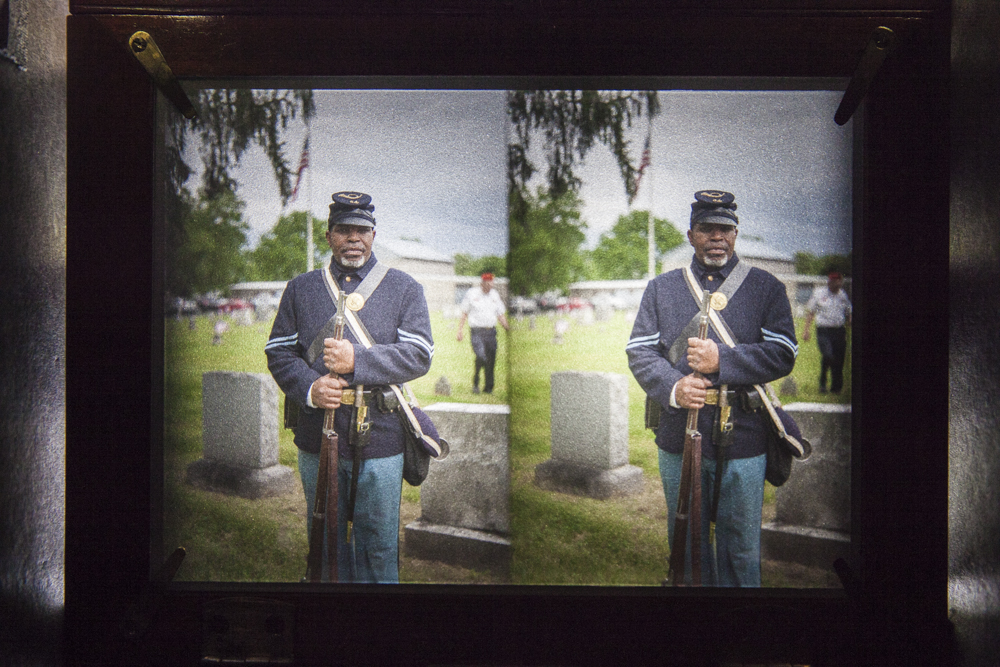 “Apparently various Native Americans used to spend time in the battlefield area, or hunt  there, and possibly had a major fight, the ‘Battle of the Crows’ in the Devil’s Den area of the battlefield,” says Emery.

“There’s something special about the place that has spanned all time.” 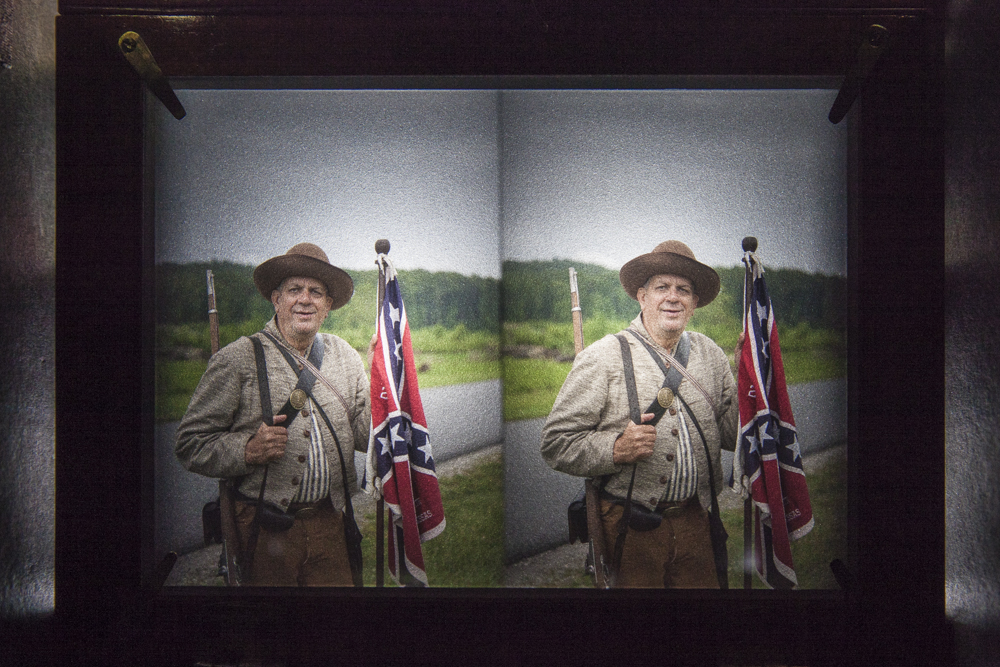 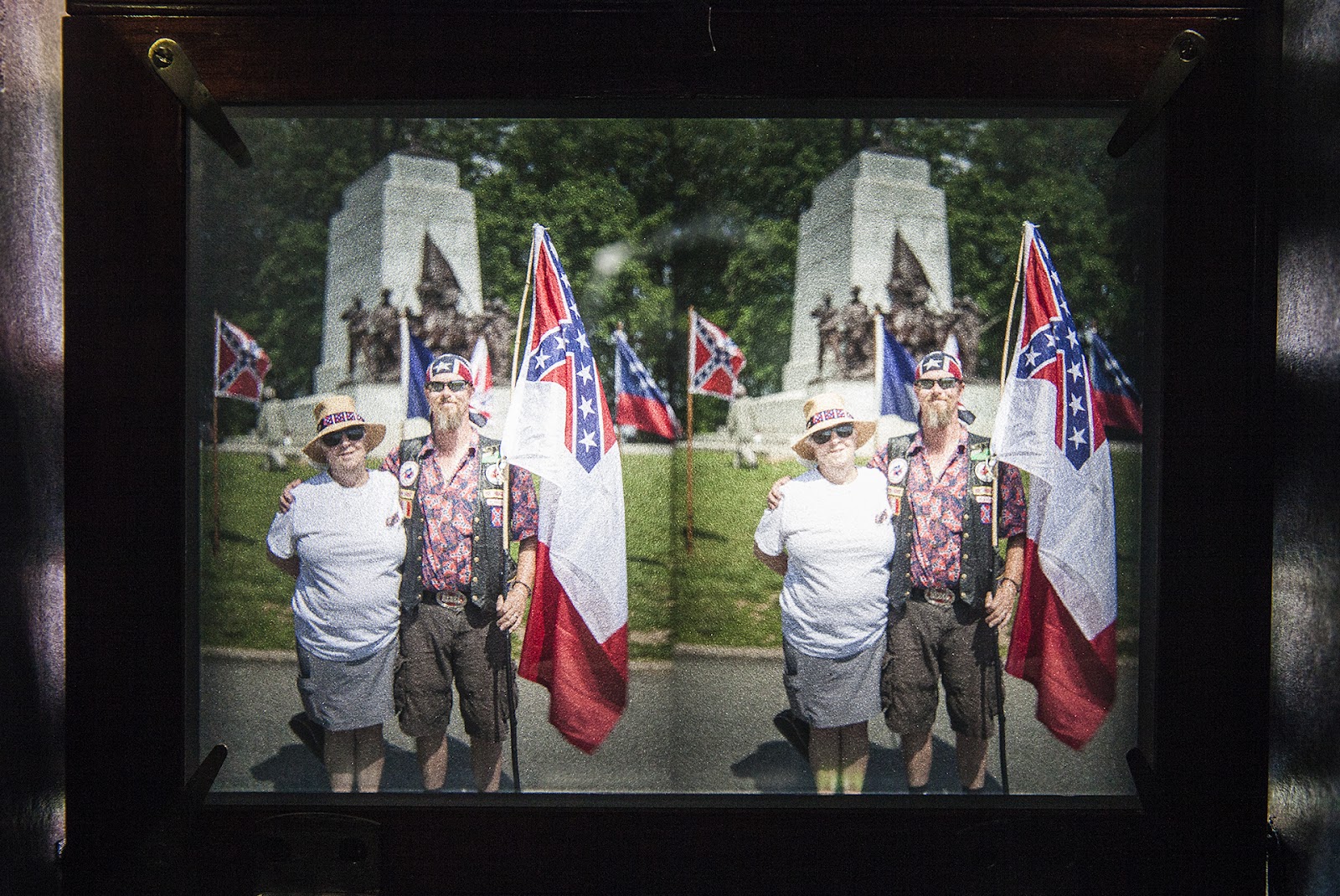 “Mother and Son at the 100 year anniversary of the Virginia Monument,” Video still from Unfinished Work, by Brian Emery

For more of Professor Emery’s work:

A discussion of Emery’s residency with Katy Giebenhain: “The Top Layer of the Fold of History is Now”

A solo exhibit of Emery’s work will be held at: Romano Gallery in Blairstown, NJ from October 30 to November 25

To see more of Brian Emery’s work visit his website at: Placescapetheatre